Sorry for the lack of posts, been away on vacation, but I'm back! And I decided to settle a great debate and name the best soda. I don't care about your arguments, because I'm the one with the blog, so my point is valid, and yours is not! Ha! Jerk City USA!
Pepsi. Is crap. I was raised on Pepsi and hated it. My parents and Grandparents are Pepsi freaks and it's insane. Sometimes we would get a special treat and have Dr. Pepper, but it was 90% Pepsi in our house, and it sucks. Still to this day now that I am a free man and out on my own, I am stuck with Pepsi as a choice, and I would rather drink moose piss!
Coke. Coke is strange. Coke in a can doesn't taste as good as it does out of the bottle, and Coke in a bottle doesn't taste as good as it does coming out of a fountain. Coke in restaurants and movie theaters is the best Coke around. Nothing is better at Red Lobster than chowing down on some cheddar bay biscuits and having a nice cold Coke to wash it down. Same goes for going to the movies.
Mountain Dew. Mountain Dew was king when I was a kid. My older brother swore by Mountain Dew so when he had some around, it was the perfect escape from Pepsi. Sadly, Mountain Dew just doesn't taste the same these days.
Dr. Pepper. This is the 2nd best soda around. Soon you will see why. Dr. Pepper isn't coke, and it isn't Pepsi, yet it is widely available everywhere, (except in Payson AZ, for some reason it's called Doc Holiday there.)
And now, this brings me to what I declare the best soda around..... 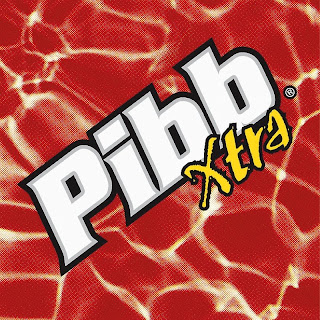 
Pibb is like Dr. Peppers cool hot sister. Dr. Pepper is a cool guy to hang out with, but you're really there to try to get a taste of the really hot older sister. And sometimes, when you can find it, you sneak in and get some action from that hot older sister. See where I live, on the west side of the USA, there is no Pibb outside of fast food places and the occasional restaurant. No Pibb in cans or bottles is available. But last year I did a road trip to Iowa, and I found Pibb in cans and bottles and it was just as good! I hit the small local market in Iowa and bought out their entire stock of Pibb, so for a couple months at home in AZ, I have Pibb in a can. Unlike Coke, Pibb tasted the same out of the can and out of the bottle. Sure it is very similar to Dr. Pepper, but it has that hint of cherry taste in it that really makes it the best. Dr. Pepper does have that new Cherry Dr. Pepper, but it's no Pibb. Pibb is awesome, Pibb is king. That is that.........
Posted by admin at 6:03 PM

Interesting topic, so many favorites over the years. I always liked mixing things up between Coke, Pepsi, Dr. Pepper, Sprite, Sunkist, Root Beer etc. Pibb always seemed like a Dr. Pepper replacement to me, but I didn't dislike it, was good to me.

Can't really think of a soda that I really disliked, aside from maybe Big Red. I dont know wtf flavor Big Red is trying to be, but I just never found it good.

One of the best soda i drink in my 23 years of existence is the Tang Soda In the Philippines! The soda is composed of various flavors. Best Drink on City Dining places.

Will there be any more Arizona related review posts soon? I subscribed here due to the great reviews on Arizona spots...hoping to add more to my list as i moved here not long ago, thank you.

Do you love Pepsi or Coca-Cola?
ANSWER THE POLL and you could win a prepaid VISA gift card!